Could Paris be Adorned with Vertical Forests and Parks by 2050?

Could Paris be Adorned with Vertical Forests and Parks by 2050? 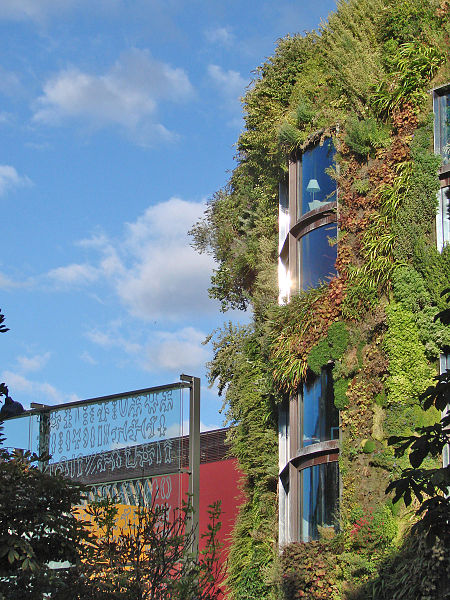 Imagine the high-rise buildings of Paris clothed with trees and gardens, transforming the city into a green landscape. This is the idea outlined in a recently published study,

The City of Paris commissioned French engineering firm Setec Bâtiment and Belgian architect Vincent Cellebaut to come up with a futuristic vision of Paris in 2050. The brief was to make Paris a truly green city, while taking account of future constraints.

Paris is already full of parks and gardens but lack of space limits the potential for creating more on the ground. And promoting energy efficiency in existing buildings and new construction has become a necessity to curb climate change. Paris’ Climate Energy Plan aims to reduce greenhouse gas emissions by 75% by 2050.

The study proposes eight greened up complexes spread throughout the city, transforming energy guzzling buildings into energy positive structures. The unsightly Montparnasse Tower in the 15th arrondissement (district) is a target.

“The Montparnasse Tower will be a continuation of the Luxembourg Gardens,” architect Vincent Cellebaut explained. “The idea is to create a kind of vertical Central Park over 58 stories. The public would be able to walk up the tower via a spiral walkway.”

The idea is not as far-fetched as it sounds, since it is based on existing technology. In fact, it is already happening in parts of the city. A green tower is in construction in the 13th arrondissement, unimaginatively called M6B2. Trees and plants are being grown in concrete tubes that will be attached to the façade of this apartment building. Extensive research has taken place to find out which plants adapt best to these conditions.

In the meantime, Paris Smart City 2050 has yet to receive the “green” light from the city council.