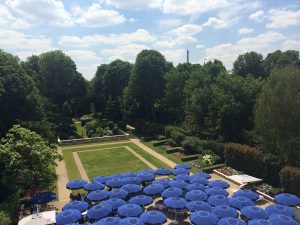 Recent figures show that total investment in commercial property in Paris topped €4.3 billion in the first quarter of 2015. This is an increase of 10% compared to the same period in 2014.

The biggest deal so far this year has been Abu Dhabi Investment Authority’s acquisition of the new Ecowest office complex just outside Paris for €477 million.

Improved economic and financial prospects in the Eurozone are promoting the increase in activity. Paris is a global business hub, leading investors to focus on traditional portfolio assets, such as office buildings.

Demand from international investors remained strong at 55% of market activity, although this is down from 67% in the first quarter of 2014. Investors from the U.S. and the Middle East accounted for 13% and 11% of the market respectively.

Favorable currency exchange rates and low interest rates are expected to continue throughout the year, which will give a further boost to foreign investment in France. High volumes of transactions are predicted for the rest of the year.