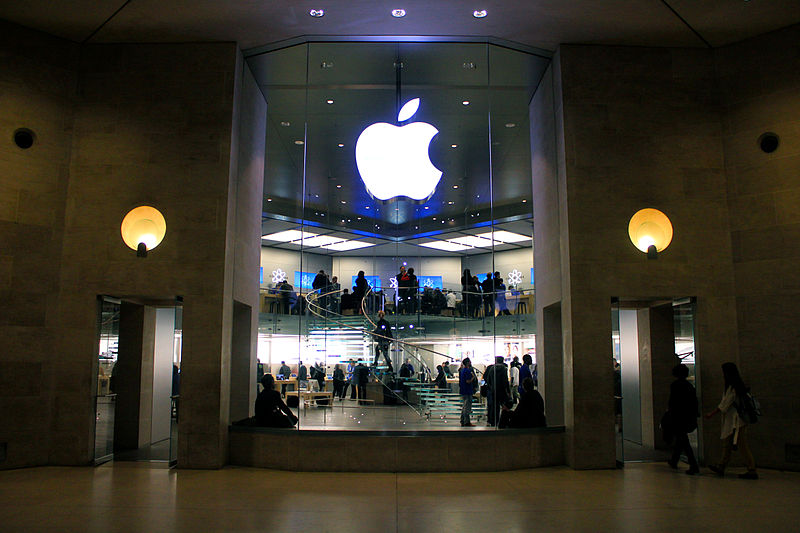 An Apple Champs-Élysées flagship store is to open on the famous Parisian street.

The US technology giant has chosen the historic and iconic boulevard known as the “world’s most beautiful avenue” for its vast new showroom. This is expected to open in 2018.

Real estate values on the Champs-Élysées are sky-high. It is considered the world’s third most expensive retail location after Fifth Avenue in New York and Causeway Bay in Hong Kong.

Apple’s arrival on the premium site is both a coup for the world’s largest information technology company and for Paris City Hall.

Paris City Hall has recently released plans to give the famous Champs-Élysées Avenue a makeover in keeping with the sophistication and grandeur of the capital. The tree-lined boulevard links the Arc de Triomphe and the Place de la Concorde.

Apple intends to operate its new Champs-Élysées flagship store on the lower levels of the building. The upper levels will be for office space. The building also has an underground car park for over 100 cars.

The celebrated high-tech British architect Norman Foster will oversee the redesign of the building, reports state.

Aficionados of Apple in Paris wanting to get their hands on the new Apple Watch or latest iPhone will have to wait two or three years before the grand opening of the Apple Champs-Élysées flagship store.

The current retailers at number 114 Champs-Élysées Avenue have yet to move. The appropriate building permits are under discussion with Paris City Hall too.

The new store will bring Apple’s total French outlets to 20. Three of these are in Paris. They are located at the prestigious Carrousel du Louvre on the rue de Rivoli; rue Halévy across from the Opéra Garnier, and Boulevard Haussmann.

If you have questions about this or other commercial real estate projects in Paris, please contact us at 56Paris Real Estate for more information.