Apartments at the Palais Royal in Paris

Apartments at the Palais Royal in Paris 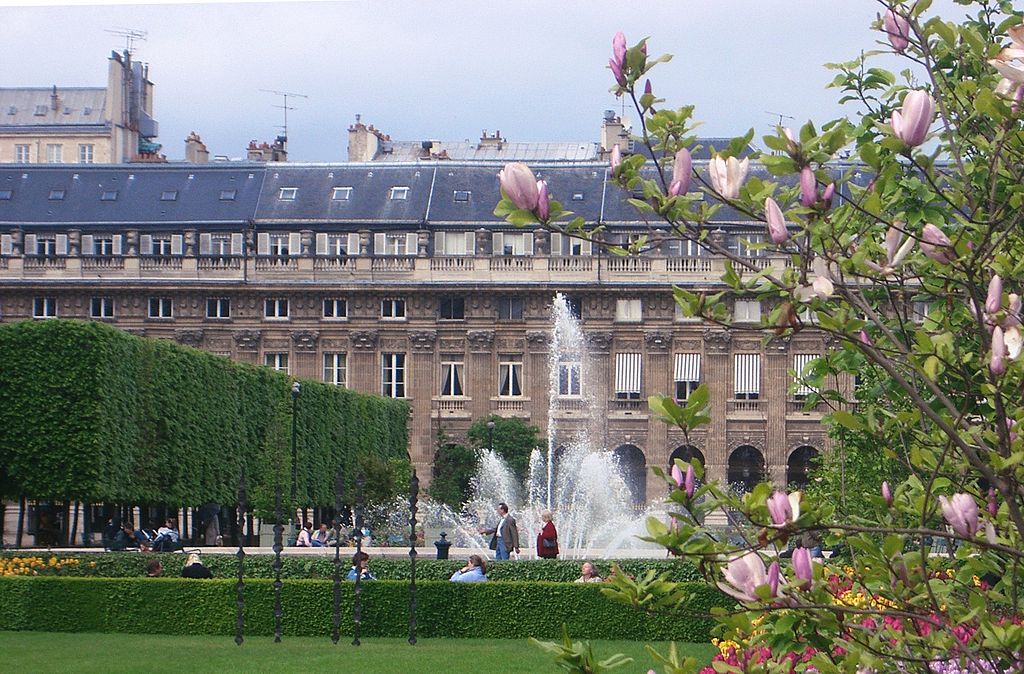 Few apartments at the Palais Royal in Paris appear on the open market for sale. Those that can afford their otherworldly opulence enjoy the ultimate in Parisian luxury and prestige.

Cardinal Richelieu built the monumental Palais Royal and its magnificent gardens in Paris in 1633. The renowned Jacques Lemercier, who also designed the Sorbonne, created the magnificent building.

It was a royal residence during the regency of Anne of Austria and then the seat of the Orléans family from 1661. The palace was completed and modified in the 18th and 19th centuries. The three wings bordering the gardens date from the late 18th century.

Many call it a “village in the city.” It is in the heart of Paris, in the 1st district, across from the Louvre.

Today it houses the Council of State, the Constitutional Council, the Ministry of Culture, and the National Library. Here too are the Comédie-Française and Palais-Royal theatres, which once featured Molière’s troupe. You’ll also find the excellent Grand-Véfour restaurant with its superb landmark status décor.

It’s one of the most peaceful places in the capital to stroll. The larger inner courtyard, the Cour d’Honneur, contains fountains and Daniel Buren’s art piece known as Les Colonnes de Buren (Buren’s Columns). The 3,000m2 sculpture of black and white columns is a stunning superposition of contemporary work against a traditional backdrop.

The Palais Royal was once home to Colette, the celebrated French author. She adored its peaceful atmosphere which she likened to that of a lay cloister.

The gorgeous gardens are bordered by three wings: Montpensier to the west, Valois to the east and Beaujolais to the north. Louis-Philippe of Orléans built them between 1781 and 1784. His cousin Louis XVI granted him the permission to do so.

“This was effectively the first real estate transaction in French history,” says Sylvie Vial, director of the Palais-Royal. The French Duke of Orleans rented out the new apartments to private individuals. He rented the ground floor to merchants such as barbers, bakers, butchers and haberdashers.

Today, eclectic shops selling heraldry, silverware, upmarket vintage clothing, handmade gloves, perfumery and art still use the merchants’ places in the beautiful arcade shop frontages. It’s one place in the capital where you can get still a sense of what that quintessential Paris experience of shopping was like two centuries ago.

Apartments at the Palais Royal

Apartments at the Palais Royal in Paris are steeped in history and magnificent original features. If you’re looking to buy a coveted piece of real estate here, you can expect to pay between €25,000/m2 and €33,000/m2 in the Montpensier and Beaujolais wings. An apartment on a mezzanine floor would put you back around €20,000/m2.

The most desirable apartments are those on the second floor, known as the ‘noble floor’. Rooms offer a ceiling height of 14 – 16 feet, airy floor-to-ceiling windows, and mesmerizing views over the gardens.

Most of the Valois wing belongs to the Bank of France whose headquarters are just opposite.

If you can’t afford these dizzying prices, you can still enjoy the Palais Royal’s magnificent gardens and its arcades for free.

Property in the surrounding area does not come at quite such a premium. Apartments rarely come to market in this highly desirable central neighborhood. When they do, prices range from €11,000/m² to €14,000/m².

Few places in Paris offer the Palais Royal’s magical atmosphere and historical heritage. Only a lucky few are able to afford its premium prices.

At 56Paris Real Estate, we currently have a one-bedroom apartment for rent a two minute walk from the Palais Royal. For more information about this or other properties in Paris, please contact us.