An Update on the French Wealth Tax

An Update on the French Wealth Tax 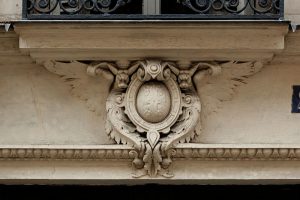 The French government imposes an annual wealth tax called l’Impôt de solidarité sur la fortune (ISF). Although this was reduced during the Sarkozy presidency, President Hollande increased it again in 2012.

Who is liable to pay the ISF?

Residents of France are liable to pay the wealth tax on their worldwide net assets. These include real estate, cash, cars, furniture, jewelry, shares, life assurance and other valuables. Art collections, vintage cars, antiques over 100 years old and certain other assets are excluded.

People who become resident in France after August 6th 2008 are exempt from the tax for five years on those assets that are located outside of France. So, for the first five years, they are liable only for the wealth tax on assets held in France.

Non-residents of France are liable for the tax on the net value of their fixed property assets in France, i.e. second homes. Cash and financial products that they hold in France are excluded from the net asset calculation. However, shares held in a Société Civile Immobilière (SCI, French civil property company) are included in the net assets.

The tax is levied per household and each household is required to assess its own liability. The tax is assessed on the market value of the assets held on January 1st.

A discount of 30% is allowed on the value of a main residence in France. This discount does not apply if the property is held through an SCI, although certain other allowances may be given.

There are certain other deductible allowances, such as mortgages, and discounts on tenanted properties.

How much is the wealth tax?

The threshold for the wealth tax is €1.3 million, so if your net valuation of the assets are worth less than that, you are not liable and you don’t need to make a declaration.

Once you pass that threshold, you start to pay the tax on your assets valued at €800,000 and upwards. The rate you pay depends on which band the value of your assets falls into:

In 2013, the French government introduced a cap on total taxes so that they do not exceed 75% of income.

How should a declaration be made?

If you are resident in France, you should declare your assets between €1.3 million and €2.57 million on your French income tax return and file it according to the timetable for that return.

If your assets are greater than €2.57 million, or you do not file an income tax return in France, the declaration must be made on a special form, with the supporting documentation.

The deadline for filing the declaration is complex and depends on where you are resident. Late or incorrect declarations are subject to penalties.

It’s advisable to consult a financial advisor or a lawyer specializing in French tax law to ensure that you minimize your liability.