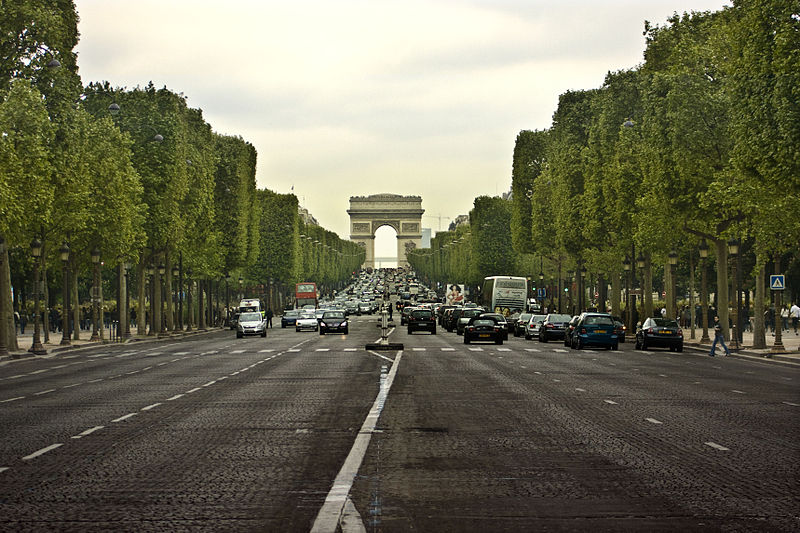 American real estate giant, Thor Equities, has shown its confidence in Paris property investment potential with the purchase of an iconic Champs-Elysées building.

The company, which owns London’s Burlington Arcade and part of Madrid’s Puerta del Sol, has bought 102 Avenue des Champs-Elysées for a reported figure of €70 million.

“One of the Most Desirable Locations in the world”

The building, it says, is “at the center of one of the most desirable locations in the world, just blocks from the Arc de Triomphe and Place Charles de Gaulle.”

Until August, the ground level, mezzanine and lower level of the immense Haussmanian building were home to Le Queen, the most famous nightclub in Paris. This has moved to 79 Avenue des Champs-Elysées.

Thor Equities’ describes 102 Avenue des Champs-Elysées as “a trophy mixed‐use asset.” It is comprised of 7,405 square feet (688m2) of retail and office space.

With direct frontage onto the Champs‐Elysées, it is located on one of the three avenues that make up the prestigious Golden Triangle. It offers an exciting opportunity to be repositioned into a flagship store.

The Champs-Élysées is lined with theaters, cafes and both upscale and popular retail brands such as Louis Vuitton, Tiffany, Cartier, Hugo Boss, Zara and Marks & Spencer.

Describing the reasons for its purchase, Thor Equities said: “Arguably the most beautiful city corridor in the world, the celebrated Avenue des Champs-Elysées unites Parisian landmarks with the modern draw of chic retail to create an astounding French attraction.”

It added: “Adorned with an array of chestnut trees, luxury shops, lovely cafés, cinemas, boutique hotels, nightclubs, restaurants and more, the Champs-Elysées is modest in its presentation. Tucked away along the promenade are luxury retailers of a different caliber, housed by buildings that are critically acclaimed architectural masterpieces.”

Champs-Elysées is a French Treasure

With a history dating back to the 1600s, the Champs-Elysées is a French treasure attracting approximately 300,000 visitors daily and 130 million per year.

“Simply stated, there is no other place in the world like the Champs-Élysées promenade to shop, sightsee, and celebrate,” said Thor Equities.

As a further indication of its confidence in Paris property investment potential, Thor Equities has also recently bought a building on the boulevard Haussmann that houses a Benetton store, and it owns another building on the Champs-Elysées that is rented to Tommy Hilfiger and Nike.

The purchase by Thor Equities is a clear indication of its positivity about the value of French property investment in Paris and notably the capital’s highly exclusive Golden Triangle.