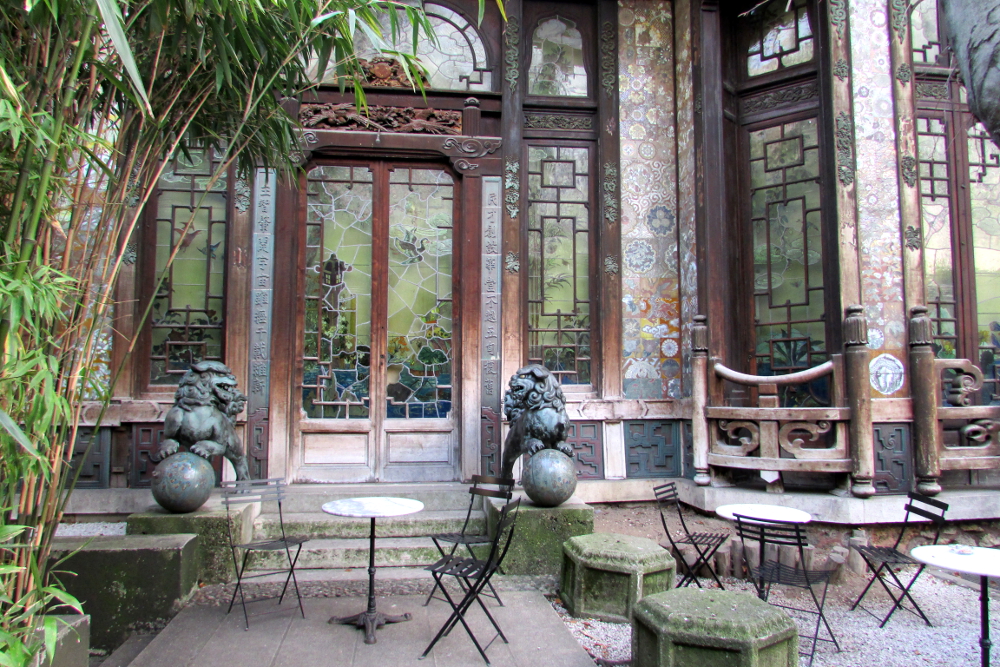 The cinema closed its doors back in 2016, much to the dismay of Parisian film fanatics. The building dates back to 1896. It is a replica of a Japanese pagoda. Its unique architecture is rare among Paris’ typical, but nonetheless beautiful, Haussmannian style.In February, some pieces from the cinema went to auction. However, its beloved red cinema seats remained along with its original interiors.

François-Émile Morin, owner of famous Parisian department store Le Bon Marché, built the Pagode in 1896. It was a wedding gift to his wife. In 1931 it began operating as a cinema. It played a large role in the French New Wave movement. Charles S. Cohen will spend at least two years working to restore the Pagode cinema to its former glory.

The ideal person to restore the Pagode cinema

Self-confessed film buff, arguably there is no investor better suited to take on such a project. Cohen already owns several cinemas in his hometown of New York. He admits to watching 4 or 5 films a week. He also frequents film festivals. A director himself, his Frozen River received two Academy Award nominations. He is also the founder of the Cohen Media Group film production company.

Cohen plans to expand the Pagode to accommodate four screening rooms. The development will also include a swanky new wine bar.

Cohen will pay for the renovations and take care of the business side. Dauchy will remain on the ground and oversee the works. Cohen expressed that he hopes to unite the whole film industry and the local community.

Restoring Paris’ Pagode cinema also has the seal of approval from city hall. Bruno Julliard, deputy minister for Culture, explains that he would have opposed the sale if the buyer wanted to move away from the Pagode’s cinematic roots. He also revealed that he thought it was great news for cinema and the 7th district.

We at 56Paris are happy to see that Parisian heritage will once again be preserved. We also predict that the renovations will lead to an increase in property prices nearby.

Prices in this area of the 7th district currently range from 12,060€ to 13,260/m². However, premium properties regularly sell at higher prices. Apartments such as this fully renovated 1 bedroom overlooking a private mansion garden sell as high as 17,051€/m². Please contact us if you’d like to purchase or rent your own property in Paris.