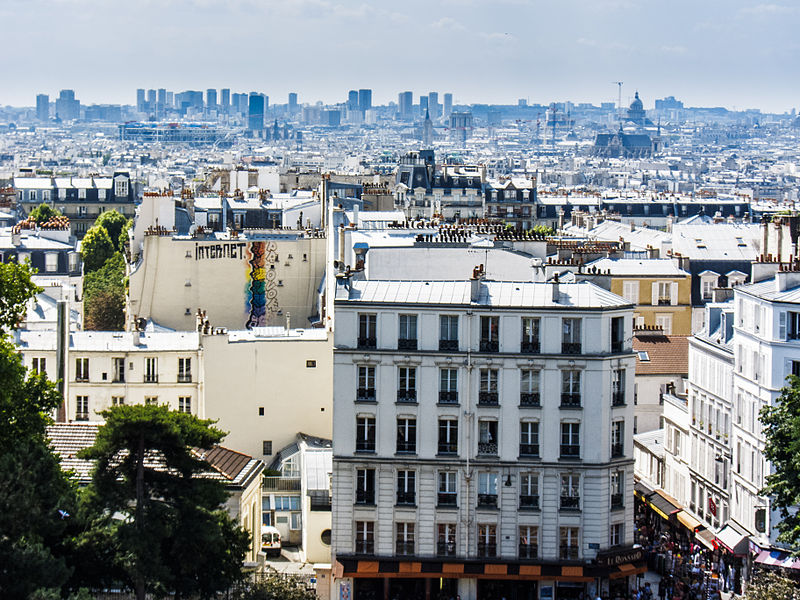 “The arrival of new transport links as part of the Grand Paris project will make it possible to develop a new district to the west of La Défense,” said Virginie Houzé, Research Director at JLL.

She added: “The projects planned on this site and in La Défense will be a huge boost to the business district, further elevating it on the global stage as a modern business hub. This development will create new investment opportunities which will no doubt be of particular interest to American investors who have long taken a keen interest in the district.”

La Défense: a Strong Choice for US investors

Over the last 10 years, international investors have already accounted for 66% of investments in Paris, with La Défense business district as the main destination for their wealth.

But Americans have been the leading international investor over this period, accounting for $5.2 billion, so it is no surprise that more than 40% of the companies based in La Défense are American-owned.

American investments include some of the most significant deals in La Défense and Paris as a whole. These include the 2014 sale of Cœur Défense, the largest single office block in Europe, to Lone Star for €1.3 billion.

In May 2015, Goldman Sachs/Altafund purchased the Pascal Towers, an office complex in La Défense spanning 63,500 m2 of useable area.

La Défense is Europe’s largest purpose-built business area and a district of the Paris Metropolitan Area and of the Île-de-France region, located in the commune of Courbevoie, and parts of Puteaux and Nanterre, just west of the city of Paris.

With its 3.4 million m2 of office space, 1,500 headquarters and 180,000 employees, it is the third largest office market in the world and the biggest office complex in Europe.

Its iconic towers designed by leading architects are frequently compared with Manhattan and it is home to 15 out of the world’s largest 50 companies.

Growth of La Défense will be fuelled in future years by the Grand Paris project, a large urban development initiative proposed by former President Nicolas Sarkozy in 2007. It is designed to better integrate and govern Paris and its surrounding suburbs.

The focus of the plan is the creation of a public transport network to link the region’s main economic centers. The investment involved is unprecedented. Almost €26 billion will be invested by the time the project is finalized.

The plans are for a new automated metro line encircling Paris, over 200 kilometers of new network that is equivalent in size to the existing Paris network, 57 new stations, and the creation of four new railway lines.

For a global city, Paris is relatively small, taking up only 34 square miles and home to just 2.25 million. In New York terms, that is a little bigger than Manhattan but smaller than the Bronx. The entire Paris metropolitan area, however, is home to around 10 million.

As Paris continues to gather economic prowess, the historic property in its unique city center is likely to continue to grow in desirability and value.