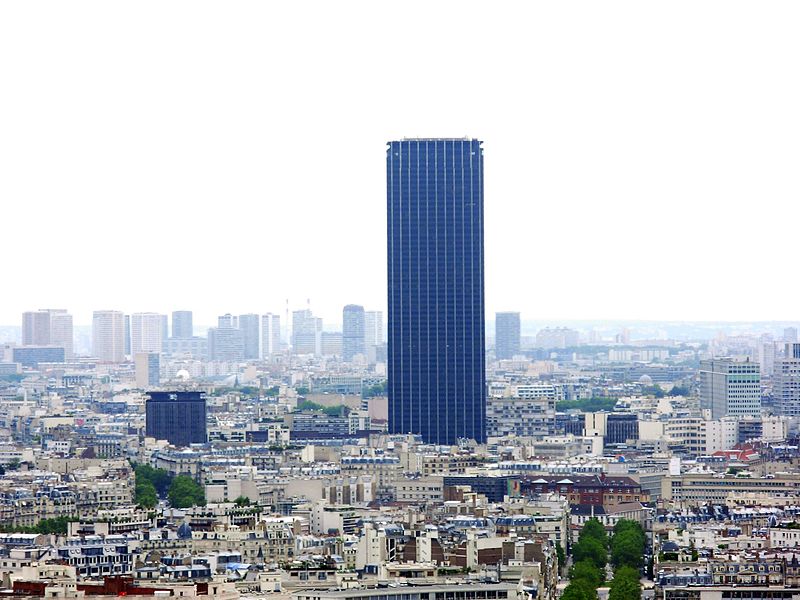 An international architecture competition is underway in Paris for a €300-million remodeling of Montparnasse Tower.

The Tour Montparnasse (Montparnasse Tower) is the iconic dark brown monolithic skyscraper that looms over the city’s Left Bank. Built in 1973 in the 15th arrondissement, it was the tallest skyscraper in Paris right up until 2011.

It’s visited by 1.2 million tourists each year for the 360-degree panoramic view of the city it affords. Yet it has been disliked and criticized for its aesthetics by many Parisians,

“This oft-loathed tower is part of the heritage of Paris. It will be transformed with the spirit of modernity that inspired its construction 40 years ago, but which brings it bang up to date today,” said Patrick Abisseror, President of the l’Ensemble immobilier Tour Maine Montparnasse (EITMM, Montparnasse Maine Tower Property Group).

The architects competing for the project have been tasked with multiple goals. They are “innovation, modernity, technical competency and environmental performance.” They are also expected to cause the least disruption possible to the Montparnasse neighborhood.

Each of the six architectural team finalists has been awarded €120,000 to develop their projects. The winning team will be chosen in Spring 2017. The selection will follow a public consultation by the City of Paris. The city will collaborate with the city halls of the 6th, 14th and 15th arrondissements (districts).

“This new project for the remodeling of the Montparnasse Tower, which was created in a rather unilateral manner in the seventies, must, for its regeneration, involve and win over everyone,” added Mr Abisseror. “We want Parisians to take ownership of it again.”

The competition, he said, would lead to “no minor face lift but a complete restructuring” of the tower.

It will also involve the removal of dangerous asbestos. Like many buildings of its era, the Montparnasse Tower was fitted with asbestos when it was constructed. The substance’s widespread presence was exposed in 2005 and forced several companies based in the tower to relocate.

The cost of the project will be financed privately by the tower’s roughly 40 co-owners who occupy its 56 floors.

The remodeling of Montparnasse Tower will also see the unpopular mall and car-filled plaza at its foot get a major revamp and construction of new public housing. Rather than the sea of concrete that dates from the seventies, the Paris Municipality wants to see “a more welcoming public space, closer to the Haussmannian model, with more green space and public facilities.”

The declared aim is to create a “Parisian Times Square” in time for Paris’ hoped-for 2024 hosting of the Olympic Games.

Either way, this is another positive example of the ongoing care the City of Paris takes with the aesthetics and functionality of its architectural landmarks.

What Effect on Real Estate Values?

As with the remodeling of Les Halles, this renovation may have an impact on real estate prices in the area. Currently the Chambre des Notaires de Paris (Chamber of Notaries of Paris) shows an average price of 9,100€/m2 in the Montparnasse quarter. Prices in the area have been trending down. Over the past 5 years, properties prices decreased 9.7%. However, the area was compensated with a reduced decrease of – 6.6% over the last year.

For more information about the impact of high-rises in Paris, see “Will Parisians embrace the city’s first skyscraper since 1973? ,“ where Financial Times journalist Nick Foster interviewed 56Paris realtor Kerstin Bachmann.