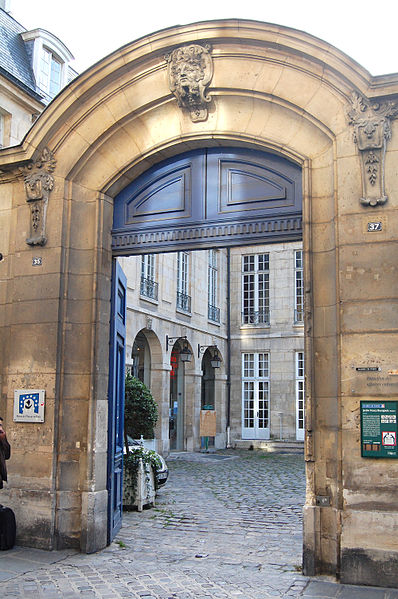 The City of Paris is a huge real estate owner in its own right, holding some five million square meters of property. Its properties range from social housing and office buildings to former train stations, industrial installations and historic mansions.

There is an ongoing debate between people who oppose new construction or a change of use of classic buildings and those who don’t want to see Paris become a ‘museum city.’ In the spirit of the latter, the city launched a contest back in November 2014 to seek innovative projects to transform 23 sites in the capital.

City Hall was looking for original ideas for reusing the properties as well as for innovation in construction and environmental techniques. It received 815 proposals from architects worldwide, of which it has selected 75 (three to four finalists per site) for further consideration.

In addition to industrial wasteland for construction projects and modern buildings needing a facelift, the 23 sites include some interesting historic buildings.

Three of them are former hôtels particuliers (private mansions), for which the city has welcomed free ranging proposals. The challenge here is to combine innovation with the preservation of their historic elements.

A large mansion on the rue de la Bûcherie in the 5th arrondissement (district), near Notre-Dame. It was built in the 15th century for the faculty of medicine and completed in the 18th

A unique Gothic style mansion on the avenue de Villiers in the 17th arrondissement, near the Parc Monceau. Built in 1880, it has served as the Korean embassy. Its façade and interior décor are very well preserved.

The Hôtel de Coulanges on the rue des Francs Bourgeois, a magnificent mansion built during the 17th and 18th centuries, at the heart of the chic Marais neighborhood in the 4th

The Gare Masséna on the rue Regnault, in the 13th This former train station on three levels was built in the 1860s in the style of classic French stations. It was taken out of service in 2001 because it was too close to the station serving the new François Mitterrand Library. Projects proposed for this site include an urban lighthouse, a wooden tower and an urban farm.

The Bains-Douches Castagnary (public bath house) on the rue Castagnary in the 15th This distinctive wedge shaped building was constructed in the red brick style typical of the 1930s.

The Voltaire electricity generating station on the avenue Parmentier in the 11th It is one of 36 that were constructed between 1900 and World War II. Its size and shape favor a multi-screen cinema with a restaurant. This site alone attracted 26 proposals.

The city plans to announce the chosen projects in January 2016.